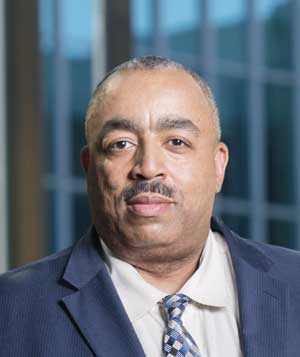 Professor Michael Z. Green had an outstanding year in 2019-2020.  He was elected to the National Academy of Arbitrators, the official honorary organization of labor and employment arbitrators in the United States and Canada. Academy members decide thousands of cases each year in private industry as well as the public and non-profit sectors. Historically, the most highly-acclaimed labor law scholars have been members and leaders of the Academy.

Professor Green has been enlisted to help develop training for the Academy’s Videoconferencing Task Force--an initiative that has become especially important during the pandemic. Professor Green also serves on the Academy’s State of the Profession Committee and was recently appointed to its Ray Corollary Initiative Committee, which focuses on achieving diversity and inclusion in arbitrator selection. Professor Green serves on the labor arbitration panels of the Dallas Area Rapid Transit Board, City of Houston Police, American Arbitration Association and Federal Mediation and Conciliation Service.

Professor Green can be seen at Arbitrate.com in a series on “Leading Minds in Arbitration.” Conversation #16 is his interview by University of Missouri Law Professor Amy Schmitz. He was also interviewed by University of Oregon Law Professors Liz Tippett and Jennifer Reynolds regarding his article, "A New #MeToo Result: Rejecting Notions of Romantic Consent with Executives." They discussed, among other things, the role of ADR in fostering the #MeToo movement.