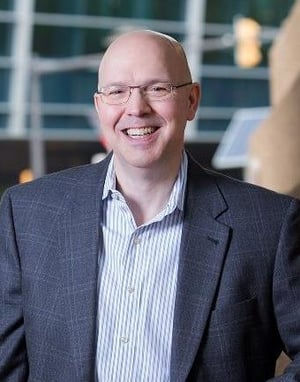 Professor Peter Reilly has been named Associate Director of the Aggie Dispute Resolution Program. “We are so lucky to have Peter in this newly-created position,” said Director Nancy Welsh.  “He is a remarkably generous and thoughtful colleague and leader, and I am grateful that he will join me in expanding the reach and resources of our Aggie Dispute Resolution Program.”

Professor Peter Reilly has fostered collaborations between the Aggie Dispute Resolution Program and other programs, both within and beyond the Law School. He has worked to integrate dispute resolution into various fields of study, programs, courses and clinics at the Law School. In Spring 2021, he will offer a new online course called ADR: Doing Deals and Resolving Disputes Through Negotiation, Mediation, and Arbitration for the M.Jur. curriculum. M.Jur. students are required to take a one-credit dispute resolution course.

In Fall 2020, Professor Reilly helped coach student teams for the National Mediator Competition, presented on negotiation with Professor Carol Pauli at the Poynter Institute, and at the invitation of Professor Luz Herrera, taught negotiation skills to Community Development Clinic students representing clients in landlord-tenant disputes.  On a related subject, he moderated a panel in the summer of 2020 - “Commercial Tenant Considerations in the Age of COVID-19” - as part of the TAMU Law Answers webinar series.  In Spring 2020, he collaborated with Professor Bob Probasco in teaching negotiation skills to students in the newly-created Tax Dispute Resolution Clinic, and he also delivered two presentations (one on Negotiations and one on Emotional Intelligence) to nonprofit leaders within SourceAmerica.

Professor Reilly also has served in key roles in the national dispute resolution community.  As Chair Regent of the AALS Section on Dispute Resolution, Professor Reilly organized and helped judge the Section’s competition for “Best ADR Article” published in the preceding year.  He has also served as Chair of the ABA Section of Dispute Resolution’s James B. Boskey Law Student Essay Competition on ADR for several years, coordinating the review process and helping select a winner.  At the invitation of the Section, he then spoke at the ABA’s September 2020 Dispute Resolution Tech Expo and engaged in a Q&A session with the Boskey Competition winner, Olivia Starr.  He and Ms. Starr presented in a similar session at the Section’s September 2020 “Ready, Set…Pivot!” program, addressing career transition issues for law students and recent graduates.  In 2019-2020, Professor Reilly also created and edited “ADR Scholarship Projects” in order to allow members of the academic dispute resolution community to update each other regarding current scholarship projects.