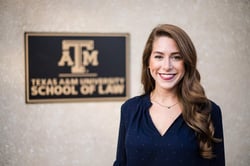 3L Karen Alday has written a Note on the condemnation of private property for natural gas pipelines. After a pipeline company obtains FERC certification to construct a pipeline through private property, there is confusion among the courts on how the condemnation process should proceed. The majority of circuit courts have held that pipeline companies have the substantive right to immediate entry and are entitled to a preliminary injunction before a trial on just compensation. However, the Seventh Circuit holds that the courts do not have the authority to grant immediate entry, and the pipeline company must complete the entire standard condemnation process, including a trial on just compensation before entering the property. In 2019 there were two attempts to bring this issue before the Supreme Court of the United States, and both attempts failed. The Note evaluates the most recent effort in Givens v. Mountain Valley Pipeline, LLC., and argues that the U.S. Supreme Court should address this issue and adopt the Seventh Circuit approach. Alday’s inspiration for this project stems from her Land Use class with Professor Timothy Mulvaney and the class’s discussions on distribution of property rights. 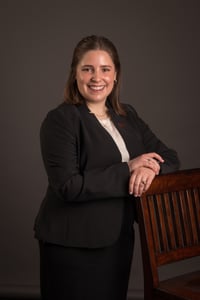 Lora Naismith was also selected for publication in the Texas A&M Law Review for 2021. Naismith is a “Double Aggie,” meaning she received her undergraduate degree from A&M as well. She graduated from A&M with a Bachelor of Science in Biology in 2017, and she is in the class of 2021 at A&M Law. Being very passionate about the environment as well as science, Naismith could not pass up the chance to write a law review student comment that combines both. Her extensive knowledge of biology helped her write an in depth article about genetically modified microorganisms and their role in the environment.

Below is her Abstract:

This Comment looks at the use of genetically modified microorganisms (“GMMs”) for bioremediation, which is the use of biological activity to reduce the concentration or toxicity of a pollutant. Current pollution degradation techniques are expensive and often result in secondary pollutants, which limits their widespread application. Using GMMs for bioremediation can provide cleaner, safer, and faster methods for cleaning up pollutants. This Comment explores potential risks associated with releasing GMMs into the environment, current laws, and laws and regulations that could be implemented to ensure the safe experimentation and eventual widespread use of GMMs in the environment.

Bethany Sumpter – The Growing Monopoly in the Corn Seed Industry: Is It Time for the Government to Interfere?, 8 Tex. A&M L. Rev. (forthcoming 2021). 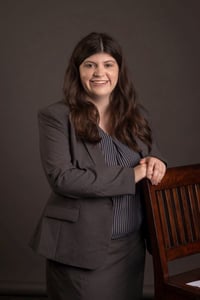 Bethany Sumpter, A&M Law class of 2021, was selected for publication in the Texas A&M Law Review in 2021. Sumpter’s interests lie in business law, but in choosing the topic for her Note, she found an interesting business concept to analyze in the field of agriculture, specifically corn production and the monopoly that exists within the industry.

Read ahead in her Abstract: 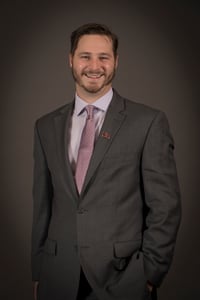 John Thomas, class of 2020, was inspired to write his Note after a Professor from the University of Aberdeen spoke on offshore drilling in the North Sea while he was on a global studies trip to Scotland with Texas A&M University after his first year of law school. Thomas found the process of research and writing helped enhance his understanding of the global environment. He also commented, “it felt like I was able to contribute to a very, meaningful, environmental conversation.”

Here is his Abstract:

Offshore Methane Hydrates have recently received headlines in the news as various countries have begun to experiment with methods of exploration and extraction of the resource. The value and abundance of this resource presents many exciting opportunities as researchers and developers begin to contemplate and explore the possibility of commercial development of methane hydrate reserves. This Comment seeks to explore the legal regulations in place and assess whether the current legal regime, both in the United States and internationally, would be able to efficiently regulate methane hydrates and their unique composition due to difficulties that stem from exploration and extraction. In particular, this Comment will look at how liability would be imposed after an accident from exploration and extraction of offshore methane hydrates. Ultimately because of their unique nature, and the narrow focus of the current legal institutions that govern liability off drilling accidents, this Comment would recommend that different liability standards are instituted in order to successfully cover the unique problems inherent with Offshore Methane Hydrates.